That goal became a reality in 2000 when Daniel Nestor and Sebastien Lareau won the Gold in doubles at the Sydney Olympics. This is the story of one of the key contributors to Canada’s excellence on the world scene.

Born in Berlin and emigrated to Canada in 1959,  Robert grew up in North Vancouver and became a Canadian through hockey and tennis.  He played hockey at a high level before switching to tennis.

Robert proceeded to win over 30 provincial titles while winning ten National Championships.
He is still active, representing Canada on five occasions in the World Seniors Championships.
Robert attended Pan American University in south Texas and helped the team achieve a top 10 ranking in Division 1.  This group included John Picken, Joe Brabenec and Derek Segal, which meant four Canadian Davis Cup players were on the same college team. He then represented Canada in Davis Cup and achieved an ATP ranking of 397.

Robert then turned to coaching and honed his skills as the head coach at the Blue Mountain Racquet Club. He then became the national coach running the Western National Tennis Centre at UBC, a coach at The Davis Cup as well as an Olympic coach.

In 1988 Robert moved to Toronto with his wife Jo-Anne to become the Director of High Performance, which then transitioned into the Director of Player Development from 1990-1998. He was responsible for integrating wheelchair tennis into Tennis Canada and hired Janet Petra to manage the area.  He led a group of talented individuals responsible for instituting the framework on which Canadian tennis is now built.

In 2005, he moved out to his beloved BC with his three children, Van, Kaitlyn and Noah.
As a sports consultant, his work leads him to be the CEO of PISE – Pacific Institute for Sports Excellence. As a result, Robert and his family moved to Victoria. PISE is a 75,000 sq ft multisport/educational facility that includes post-secondary education (degree programs in Sport Management, Kinesiology, Athletic Therapy) through partner organization with Camosun College, and training support to many Olympic and Paralympic athletes through Canadian Sport Institute Pacific –  which is home to Rowing Canada and Athletics Canada Western Hub.

In 2014 Robert met Dan Mathews, President of Ecoasis (a high-end real estate development company). The latter had bought the Bear Mountain resort (including Westin Hotel and two 18-hole Jack Nicklaus designed golf courses). Bear Mountain is in Langford, one of the municipalities in Greater Victoria. Robert worked with Dan for three years in developing The Bear Mountain Tennis Centre with eight lovely red clay courts and remains an ambassador for the year-round facility.

Robert was not busy enough with his initiatives, so broadcasting came calling. This led to a fantastic additional career as a television analyst and broadcaster, now in its 40th year.

Robert adds: “I consider my ongoing role as a tennis broadcaster a true honour and privilege and have always treated it as such.”

Robert’s ongoing success reflects his passion for life, family, and the sport he loves: tennis.

Proud of you, Robert, a winner in all ways. 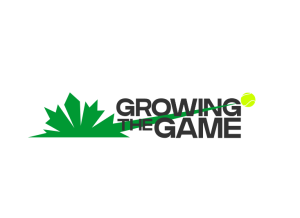