A Humbling and Inspiring Reminder by Geoff Moore

Geoff Moore is currently Vice-President of the board of the Mount Royal Tennis Club (MRTC) in Montreal. He is a former provincial veterans doubles champion, and has been a member of the Quebec team numerous times in the Friendship Cup competition vs. the New England states. He has also competed in the Canadian Veterans’ Tennis Championships 9 times. Geoff has been involved in several different philanthropic initiatives involving tennis, and is currently a Patron of Tennis for All Uganda. Professionally, Geoff is the Founder & CEO of Impact AND Inc., a company which is focused on Impact Investing – investments which not only seeks targeted financial return but also specific positive social and environmental outcomes. He launched this business in 2019 as the next step in his 25 year career in the investment business.

My name is Geoff Moore and I have had a lifelong love affair with the beautiful game of tennis that we all love so much.

I began playing at the age of 10 at the Mount Royal Tennis Club in Montreal under the coaching of the charismatic Australian pro, Kevin Parker. “Always hit the ball in the center of the racket,” he would tell us. “You can be anything you want to be.”

That first year, I won the inaugural 10-and-under singles at the MRTC, and fast forward 27 years found myself on court 11 at the 35+ nationals playing for 3rd place and a ticket to the World Vets Championships in Turkey to represent Canada on the national team (if I won the match). I was proud to make it to the semis, losing to the eventual champion, Lorne Goldberg. I lost a tough 6-4, 7-5 match to Chaim Edelstein so I was not selected for the team, but was still happy with my tournament and grateful for the coaching I had received from Kevin and so many other dedicated pros over the years who helped me get that far.

Fast forward again to 2016 – I had just come back from a volunteer trip to Ghana with two of my kids. I grew up with an older father who had spent 18 months in the sub-arctic in the 1920s. Seeing his photographs and hearing his stories made me adventurous too, but I wanted to go to Africa. In 1986 I volunteered for Crossroads International and worked in Togo, West Africa, and had the time of my life. At the end of my placement, unfortunately, I had the first of a series of malaria attacks. I was so traumatized that it took me 30 years to go back to Sub-Saharan Africa.  I had always wanted to go back and being with my kids made it incredibly moving for me.

Friends began commenting on the photos I posted on Facebook from this trip, and Marc Pepin let me know that he was coaching a top junior from Uganda; Boris Aguma, online. I decided to host an event in Montreal where 110 people came out from the tennis community to have a big dance party where we also had very competitive matches of ping-pong going all night. Pat Boies was our DJ, Christian Laurin and his wife Francine and daughter Catherine performed a couple of songs, and former world vets doubles champion, Jean-Guy Sauvé, was on the keyboards with the main band for a cameo appearance. It was a memorable evening and the proceeds were split between Tennis for All Uganda and Proset Autism.

Fast forward one more time to September 2018. I found myself on my way to volunteer for 10 days in Kampala, Uganda with my friends from TFAU. I had been unexpectedly laid off from my job a few months before so I decided that I needed to seize the free time, as I didn’t know when I would be presented with a chance like this again.

I’ll never forget my first-day teaching across four courts. Each day nets are set up in a field, lime is used in rollers to paint the lines, and a hundred kids from slums, the streets, and underserved areas congregate to find community and inspiration through the amazing coaches and founders Kyobe Julius and Vincee Vine Vinnie. On my first day, a kid hit a lob way over my head and out of the court. There were no fences in the field so I ran it down, looked up to hit a behind-the-back lob over my head, and promptly fell into a two-foot deep hole! I was ok fortunately and soon called my first let but during a point when a goat ran across our court. I quickly became aware that for a variety of reasons I was going to look at tennis differently after this trip… But this only brought smiles to my face.

Julius and Vincee, founded the organization in 2012 after surviving a bomb attack which killed over 70 people at a soccer stadium in Kampala. They had been arguing over who should go get the beers, and Vincee won but staying behind resulted in a 4-day coma, while Julius was relatively safe given that he was in a different spot when the bomb went off. Their lives were greatly affected and they knew it was time to come together and make their dream of creating a tennis program that would also teach life-skills and encourage kids to stay in school and receive tutoring happen. Throughout my experience there, I witnessed every single day what an amazing job they were doing, and I tip my hat to them for their continued, tireless efforts which include supplying food to children and their families- something even more necessary due to the disruptions of COVID-19.

While I won’t go on forever with this article, I do have countless stories that I could share. I encourage readers, once the COVID situation gets better and travel is again a possibility, for coaches to consider becoming a volunteer instructor for TFAU sometime in the future. Last year former Wimbledon and US Open doubles champion, Vania King, volunteered with the program. Coaches from all over the world are welcomed.

A few final stories from my journey. One of the things that surprised me most was the daily visits to the Katanga Slum where TFAU engages with the Hope for Katanga Kids Project. TFAU helps Hope For Katanga Kids Project by working with the abandoned adolescences, kids with HIV, and other children who need a home, by teaching tennis and providing  financial support for food and other necessities. Every afternoon I would go out to a football (soccer) field and start by hitting a ball as far and as high as I could in the air. Hundreds of kids would chase the ball down, until one of them would bring it back to me, something we would do again and again as the children’s laughs and screams filled the air.

Shortly after, I would pass out skipping ropes to serve as the top of the net,  place rackets on the ground to create some lines, and start hitting with large groups of kids who we handed rackets and supplied balls. Due to the field, the bounces were very uneven, but this led to the kids developing impressive coordination and reflex skills. Children wore t-shirts saying “Stop War Start Tennis” and given the history of Uganda and the region, it was clear that tennis has the potential to be an instrument of peace in the same way most people think of similar Soccer initiatives like Right to Play.

I was honoured last year to be named a Patron of Tennis for All Uganda, and for the opportunity to continue to contribute when I can, engaging in regular weekly WhatsApp chats and Messenger calls with the founders who are now good friends. One of these calls came to me a few months ago while I was at home in Montreal and Vincee showed me around a refugee camp near the Congolese border where TFAU was providing a much-needed diversion through tennis instruction for refugees from different parts of South Sudan, Rwanda, and the Congo.

I tip my hat to all their work. They are amazing human beings and are deserving of more support for all they do.

* If you are interested in learning more or directly supporting TFAU, please contact Geoff Moore through ONCourt.ca, or reach out to Julius and Vincee directly at jouvinsports@hotmail.com / Tennis for All Uganda: https://www.tennisforalluganda.org

A donation of any size can go a long way and have an immediate impact. Thank you. 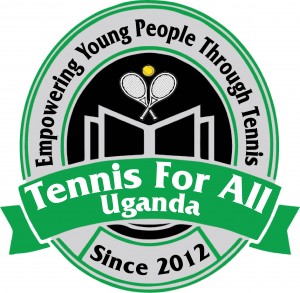 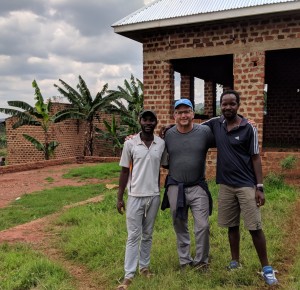 The Education of a Coach: Coaching Rising Female Stars

BY DIANE W. DIMMER VIA THE O.T.A The last Canadian woman to win the Canadian Open (now National Bank Open) before Bianca Andreescu was Faye