Michael Emmett: “Europeans Are Dominating on Both Tours”

68 percent of the singles draws were taken up by Europeans at this year’s Australian Open — 85 of 128 in the men’s draw and 89 of 128 in the women’s draw. Forty years ago, the European content was about 35 percent European and 65 percent the rest of the world. And the experts world-wide believe these numbers will continue to grow in favor of the Europeans. At the grass roots level we are seeing some of the better athletes pick tennis over soccer in many European nations. The coaching in tennis has become extraordinarily good – especially in Spain & France where the kids programs are at an all time high. No wonder these nations are dominating in every sense of the word.

And the best illustration of this superiority is in the latest ATP rankings. 9 of the top 10 men are from Europe – Argentine Juan Del Potro is the reason it is not 10 out of 10!

According to recent statistics, tennis is watched by 1.1billion fans world-wide with most of these spectators coming from Europe and Asia. And these numbers have grown dramatically in the last decade. Tennis was not a top 8 sport – but with the rise of Europeans (and their domination) the numbers are off the charts. No wonder the draws are so heavily dominated by the folks on the other side of the Atlantic. Tennis in Europe is appointment television and for this reason we are witnessing a transformation like never before. 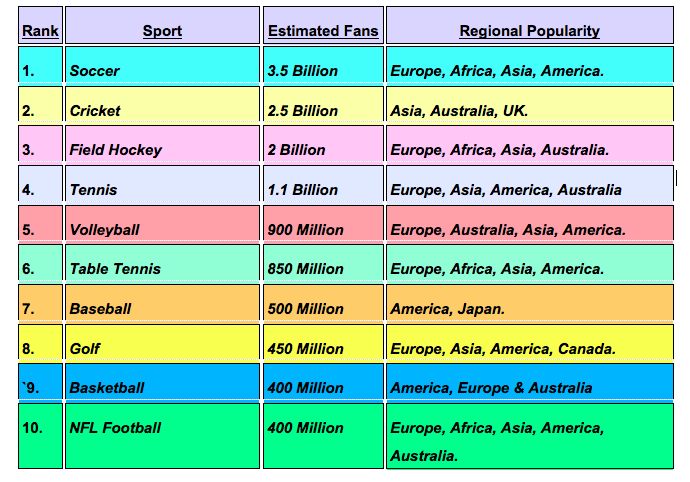 In Paris, at the next grand slam event (with all or most of the wild cards going to French players); I expect we’ll see these numbers (European content) above 70 percent. This year, in Melbourne, there were 82 players of the 256 from the rest of the world minus Europe. However, 16 of those were Aussies who received wild cards into the field. So the numbers were a little bit skewed. If the draws were based simply on rankings we would see about 72.6 percent Europeans at the major championships. And the way things are going, it is not unreasonable to expect these numbers to be at 80 percent by 2020.

And the same can be said at the junior levels in the world’s biggest events. The Tournament Director of the largest junior tournament in the world – The Orange Bowl – says the number of foreigners has nearly quadrupled in recent years. Back in the 80s when I played the Orange Bowl the draws were predominantly North Americans and South Americans.

I’ve seen it throughout my career as a tennis coach – Eastern Europeans forge an unmatched drive and mental toughness, separating them from the players hailing from more prosperous nations. For many of these poor kids from Eastern European nations, this is their meal ticket to the so-called ‘promised land.’

“I think players from Eastern Europe are very, very determined to succeed. We are all big fighters and big competitors,” Ana Ivanovic explained after her round of 16 victory over top seed Serena Williams at the 2014 Australian Open.

There is also plenty of money to be made in tennis. And players from Eastern Europe – many of whom have so little – use this as motivation to break away from their lives of hardship.

Maria Sharapova is also a testament to this, as she is now the world’s richest female athlete on the planet with the latest estimates putting off-court endorsement deals at about $30-million a year. Her marketable good looks and on-court success have combined to reap millions of dollars in earnings and endorsements. Her beachfront home in Malibu, California, is worlds away from her birthplace in Nyagan, Russia.

Even in Canada the viewership is growing at astronomical rates. 1.6 Million people tuned in to watch Eugenie Bouchard on TSN in her dramatic march to the semifinals last week in Melbourne. These numbers are encouraging and will do nothing but elevate a sport that is definitely on the rise. Stay tuned and buckle your seat belts this is only the beginning.