Editor’s Note: As Senior Director of Facilities Development at Tennis Canada, she occupies a position which could determine the future of tennis in our country. Anita leads facility development projects at both the grassroots and high-performance levels across the country.

Prior to joining Tennis Canada, Anita was the Assistant Dean of Co-Curricular Physical Activity and Sport at the University of Toronto’s Faculty of Kinesiology and Physical Education. She was instrumental in building key sport infrastructure at U of T in preparation to host the 2015 Pan & Parapan America Games. She has also sat on numerous federal/provincial sport committees and has held multiple sport development positions within the Government of Ontario including the Director of Sport and Recreation in the former Ontario Ministry of Health Promotion and Sport. With over two decades of sport and recreation experience, Anita has been on the leadership team for multiple Canada Games Mission Teams, as well as Team Canada Mission Teams for Commonwealth and Paralympic Games.   She currently sits on the Board of Directors for the Canadian Sport Institute – Ontario and the Ontario Sport Network.

OC: Anita, can you give our readers an understanding of the number of tennis courts in Canada, how many offer year-round play, and how it compares to other countries?

OC: Once there is interest, what do you feel is necessary to translate this into an actual project?

OC: Do you believe all provinces are in need of covered courts?

OC: After Covid, provincial tennis associations have found themselves in a difficult situation to operate tournaments not only in the winter but also summer. Do you agree and what would you see as alternatives?

OC: What do you feel the general tennis playing public should do to ensure the long term well being of our game?

We have seen a surge in tennis interest, including participation and spectatorship.  I think those that love tennis should share their love of the game with their communities, friends, and families and most importantly… their elected officials.  Let it be known that they would love to see more publicly accessible year-round tennis in their communities.  Installing more tennis domes will give aspiring tennis players a chance at achieving the success other Canadians such as Félix Auger-Aliassime, Leylah Annie Fernandez, Denis Shapovalov or Bianca Andreescu have enjoyed.

Our most recent study, conducted in 2018, confirmed that 51 per cent of Canadians would play more tennis if there was a year-round court nearby. That number jumps up to 90 per cent for Canadians who play tennis at least four or more times per year. In addition, 23% of tennis players were born outside of Canada and tennis is identified among the top 3 sports for new Canadians.  Considering the growing demand, new year-round courts represent a great return on investment from a public health policy perspective as well as a business proposition. These facilities will be very busy places. 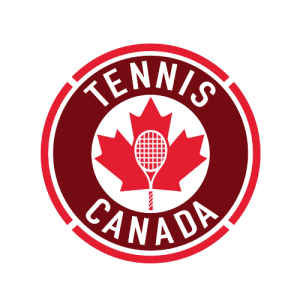