Using Red/Orange/Green tennis with modified courts, balls and racquets for kids has become the norm world-wide. Having the court size and ball bounce adapted for the size of the participant simply makes sense.

Modified courts racquets and balls are becoming the preferred way to develop kids. That is fine for kids but what about adults?

World-wide, there is an issue with players dropping out within 2 years of taking up tennis (70% drop out rate in most countries). Tennis is found to be tough to play and players don’t improve fast enough to enjoy the sport (or to get good exercise out of it).  They also often don’t make the social connections that can retain them.  The lesson experience can also be boring, especially when traditional, highly technical line feeding processes are employed.

Some coaches on the cutting edge have got the brilliant idea that maybe, the ROG tennis used for kids can also be applied to adult starter players.

The thinking is simple, if kids have more success because the ball is easier to control, wouldn’t adults? In addition, with the court sizes being smaller, adults could evolve their movement skills as well.  With tennis easier to learn and play, maybe growing participation and retaining players would improve.

At the North Vancouver Tennis Centre (NVTC) in British Columbia, Canada, this is precisely what is happening.

The program is called, Fun Adult Starter Tennis (F.A.S.T.) and has been used since 2005 to introduce players to the game and stream them into life-long learning and development.

The FAST program takes players through an accelerated progression of Red & Orange tennis ending up with Green (tennis on a full court with a 75% compression ball). The schedule is 4 x 2-hour sessions (8 hours total). After the program, players are encouraged to participate in league play with the Green ball. All 1.0-2.0 level programs at the centre use Green balls.

The ITF has also created their ‘Tennis Xpress’ program using the same progression and similar formatting.

The F.A.S.T. program starts with players actually attempting to rally on the full court with regular balls.  This is an important step to help ‘sell’ the progression as it is common for adults to have reservations. Sometimes, adults feel the progression is only for kids.  It also shows that, even though they may think they are playing ‘real’ tennis when using a regular ball – it isn’t very fun.

Out of the hundreds of players who have gone through the program, the average rally with regular balls lasts 2 shots. – Not an exciting or inspiring activity.

The first hour or so of the program has players using Red courts and balls.  Participants make frequent comments about how instantly successful and easy play is (especially compared to their regular ball experience at the beginning of the session).

In the F.A.S.T. program, this Red ball time is used to drive home technical fundamentals needed for building a foundation for future improvement.  It is also used to expose players to the basic tactics of the game. It is much easier for a coach to get into the relevant details when the ball bounces slower and covering the court isn’t as challenging.

A number of simple progressions are used to introduce players to all three stroke families (Serve, Groundstrokes, Volleys).  The end of the first session is just playing Red Tennis which is a great opportunity to introduce rules & scoring and reinforce the tactics.  The program goal is the mission for the International Tennis Federation’s ‘Play & Stay’ initiative: ‘Serve, Rally & Score’.

The second session has players playing from service line to service line and the Orange ball is introduced.  The primary activity in all the sessions is players exchanging with each other.
This cooperative approach builds rally skills more effectively than basket feeding activities and, more importantly, it empowers players to be able to practice on their own, with each other.
Players work on receiving the ball which, for starter players, is as important (if not more) than sending skills.

The technical fundamentals learned in Session #1 are reinforced and adapted for the Orange ball (50% compression of a regular ball). If the players are progressing well, this session can jump right into playing on the Orange Court and players would be on the Orange court for both Sessions 2 and 3.

The longer court requires the players to adapt their technique for a slightly different task and trajectory of ball. This adaptation process is important as tennis is a skill that requires technique to be modified for the situation (called “Open Skills”).  The Orange ball also helps players solidify their fundamentals.
The short ¾ sized Orange court, combined with regular service boxes, makes serving easier as well.

The final session in the series makes the transition to the Green ball (75% compression of a regular ball) and full size court continuing the goal to serve, rally, and score.  The last section of session #4 is reserved for learning basic positioning and teamwork for doubles.  For starter players, this can be confusing (especially when coupled with the challenge of tennis scoring).  Once players can play doubles, a world of tennis opportunity opens for them.

At this critical juncture, it is important to funnel players into regular organized play.  We have found this dramatically improves retention. Once players are connected with others to enjoy tennis, they are hooked.

A Green Ball league follows every F.A.S.T. Clinic to capture as many participants as possible.
Organized play is a ‘no brainer’ for players.  Your schedule is set (no waiting for, or booking courts), you are connected to a group of players (no phoning around to see who is available), and all the organization is done by a play coordinator or coach.

A Game Unto Itself:

One of the other messages the NVTC program is trying to convey is the ‘legitimization’ of Red and Orange Tennis as games that can be played on their own by every level of player. They are not just games leading to ‘real’ tennis.

One example program is the ‘Red Ball Challenge’ which is a fun social event for players 3.5 level and above to enjoy Red Tennis competition.  Red Tennis has the advantage of easily fitting into a gym, parking lot, or any flat area.  The foam ball especially bounces equally well on any surface.

The rise in popularity of games like Pickleball demonstrate the need for a game that doesn’t have the same athletic demands of full tennis, and still be fun. However, the game also needs to provide a higher challenge for better athletes. Red Ball Tennis solves all the issues perfectly. Just google ‘Touch Tennis’ to see the highest level of Red Tennis.

Orange tennis can also be used in the same way. With tennis courts being turned into Pickle ball courts around many senior centres, tennis is losing ground unnecessarily.  For wheelchair players, Red and Orange Tennis are perfectly suited to provide the optimal challenge and accessibility for players.

The point is, these are forms of tennis that can add to the overall enjoyment and development of the great sport of tennis.

Using the Red/orange/Green progression is an effective way to increase the enjoyment and improvement of starter players.  Players experience instant success and the environment makes it easier for coaches to build foundational skills. The experience of players is much more positive than the traditional highly technical line feeding lessons of the past.

Red Tennis (and Orange) are also their own distinctive games that can be played by anyone.

A coach’s guide with detailed session plans for the F.A.S.T. clinic as well as information and rotations for Green Ball League play is available for purchase on acecoach.com in the “Coaching Resources” section.  Take a look at this 2 -minute promotional video:  https://youtu.be/i8S4WIqSQDI 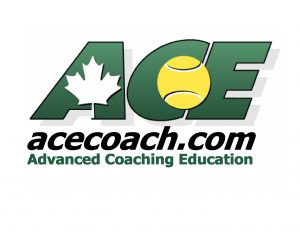