What does Ash Barty’s Australian Open Win Mean for Her Career?

Ash Barty’s victory at the 2022 Australian Open was more than just a title. Let’s take a look at what this awesome accomplishment truly means to her and the world of Australian tennis. It was a phenomenal performance, to say the least, as Ash Barty managed to rip through her Aussie Open draw without dropping a set. Solid baseline play coupled with pinpoint precision and a serve that always finds the mark, it’s no wonder that players struggled to compete against the awesome Aussie. Backed by a huge stadium of home ground support at Rod Laver Arena, Ash Barty was able to secure her first-ever major title at Melbourne Park for a total of three Grand Slam singles titles.

What does this mean for Australian tennis?

It’s no secret that Ash Barty has Indigenous blood running through her veins, and her success in tennis has been a true inspiration for the original owners of Australian soil. She is the first Aussie in 44 years to win the Australian Open since Christine O’Neil in 1978, who remarkably won the final with the same score line of 6-3 7-6. Not only that, but Ash is also the first Indigenous Australian to win the Australian Open, or any Grand Slam for that matter since Evonne Goolagong Cawley in 1977.

There’s no doubt that Australian tennis has fallen from glory since the days of Margaret Court and Rod Laver, so having an Australian champion win on home soil has grand implications for the country’s tennis and sports community. In particular, socio-economically disadvantaged Indigenous children in the rural and remote regions of Australia can draw support and inspiration from Barty as more global awareness is given to her as the National Indigenous Tennis Ambassador for Tennis Australia. How will this affect Ash Barty’s career?

Unlike most women on the WTA tour, Ash Barty’s playstyle incorporates more net play and slice shots for a complete arsenal of crafty tactics and unique shot making that allow her to disorient her opponent. As an accomplished doubles player, Barty’s accurate serves and strategic net approaches transition well into her singles game. Coupled with a strong forehand that tends to find the line more than the average player, the world No.1 has a highly effective style of tennis that is a little unconventional but brings in awesome results.

It takes more than home crowd support to win a Grand Slam, and Ash Barty’s strong and tactical style of play was a huge factor for her to win the title without so much as dropping a set. Moving forward, Barty is looking like the “player to beat” for this year’s season of tennis, particularly considering she is currently the defending champion for Wimbledon as well. Despite not liking the grass surface during the early stages of her career, Barty has grown to love the surface the most and even stated it is now her favorite. It will be interesting to see how well she can defend the title in 2022.

Of course, we can’t look past the upcoming French Open, and this will likely be Ash’s next major target following her incredible success at the Aussie Open. Winning the title in France in 2019, Barty chose not to participate in 2020 due to COVID-19 and also pulled out in 2021 due to a hip injury mid-match. With enough luck and hopefully an injury-free season, the world No.1 is more than capable of making a huge impact at Roland Garros this year and shaking up the tournament. As a multi-surface Grand Slam champion in both singles and doubles, Barty is truly conquering the WTA tour and is now a major threat for every Grand Slam event of the year. A true world number one

In the world of tennis, particularly in the WTA tour, the world No.1 spot often changes from person to person as Grand Slam champions are constantly changing with each passing major event. In the case of Ash Barty, she does not rely solely on titles in majors to be where she is but instead focuses on delivering a solid performance in every tournament, major or minor, that she enters. On and off the court, Barty is always a role model for Australian tennis as well as for the entire sporting community, always showing composure and class everywhere she goes and whatever she does.

Perhaps the greatest lesson we can take away from Barty’s Australian Open success as well as her incredible career thus far is to never give up and always strive to give your best. Her determination to compete in every tournament possible and her non-quitting attitude are ultimately what allows her to remain in the top spot. Whether it’s a third-round exit to a stronger opponent or a withdrawal due to injury, nothing ever stops Ash Barty from giving it a go. Now at over 100 consecutive weeks as the world No.1, the results of her hard work are truly shining through for all to see. We look forward to seeing what Ash Barty achieves in 2022! 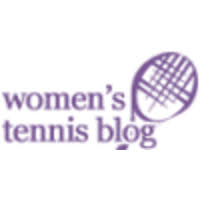