Melissa Pine had to start learning the game of tennis in a basement against the wall when she was a little girl. Are we ever glad she did, Newfoundlander Pine has grown into one of the top tennis executives for the WTA, and became the first woman to be Tournament Director of the crown jewel year end finals for the WTA.

“Whatever pathway young girls take, be sure it’s something you have a passion for. It will never feel like work, and you will be naturally inclined to do it, because you are enjoying it and having fun,” described Pine.

This early time spent learning tennis in the basement and then on a gym floor showed early on that Pine was not afraid to work through adversity to achieve her goal of becoming a national level tennis player, and who later achieved a tennis scholarship to Washington State. “It was not obvious at first, but I knew I wanted to stay in the tennis world,” she said. Pine stuck around and became the Assistant tennis coach for the women’s team at her school while finishing her MBA and learning what was out there in the tennis executive world.

“Mentors were huge for me, and I had a few of those over the years. Don’t be afraid to ask questions. I found out there were so many career pathways that I didn’t even know existed,” explained Pine.

Growing up near the frigid Atlantic ocean in Outer Cove, NL surrounded by cliffs and rocks, it would be hard to imagine that this young girl would end up on the other side of the world rubbing shoulders with the likes of Serena Williams, Caroline Wozniaki and the best female tennis players in the world. Well, that is exactly what happened.

Pine had that tenacity as a tennis player, and fought for every point. She never took a day off. I was the Head Professional at our indoor facility and can attest to this desire she exhumed, having watched and travelled with her as a provincial coach. Parlaying this into her career seems like a natural fit, even though in the beginning of her tennis career, this goal for a young girl in a tiny Canadian province would almost be impossible.

“Don’t be afraid to take risks. My success came from being brave, relocating to another part of the world, not to mention the different culture and language,” emphasized Pine.

Rewards come with risks taken, and Melissa Pine achieved that in spades while running the WTA finals for five years in Singapore. She opened the first-ever WTA regional headquarters in Southeast Asia and directed the most successful WTA finals in history over a 5-year term, with record attendance over the 10-day event with 168,273 people coming through the turnstiles.

Pine is currently the Vice President of Global Program development which entails raising the profile of the WTA brand and fan base through the development and promotion of new tennis and empowerment programs for women and girls globally. She first started a program at the WTA finals called Future Stars, bringing together some of the top young female players in the Asia Pacific region.

“This was a major program started at the WTA finals for girls, and has now grown globally to over 26 countries around the world,” proudly explained Pine.

There is so much to tell in this story, but the underlying takeaways are, don’t be afraid to take risks, be brave, and seek out mentors. Any girl can achieve their dream of working in the tennis industry. Melissa Pine did this and did it out of pure passion for tennis. She is a Canadian tennis gem who represents our province and country on the world stage. 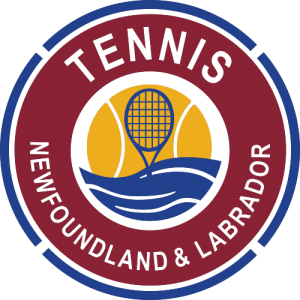