A Must Read for U.S. Scholarship Hopefuls – Interview with Billy Pate 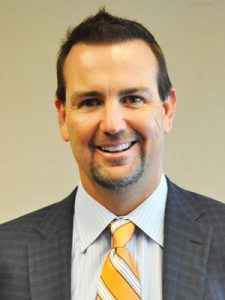 We wanted to provide insight for Canadian junior players to understand the lay of the land as it relates to US tennis scholarships in these Covid related times.

We approached respected Billy Pate, who is now heading into the 26th season of his college coaching career. He has just completed his ninth season as the head coach of the Princeton men’s tennis team. He is regarded as one of the most respected and influential leaders in college tennis, underscored by his long history of instilling character-based values to his players. Prior to Princeton, Pate spent 10 seasons as the head coach at the University of Alabama, where he guided the Crimson Tide to seven NCAA tournament appearances. Currently, Pate serves as Co-Chair of the ITA Operating Committee, the ITA Executive/Budget Committee and the ITA Board of Directors. [ITA is the Intercollegiate Tennis Association].

OC: Billy, the ITF [International Tennis Federation] is introducing a new world-wide ranking system. How will this affect the selection process for universities assessing potential players?

BP: The ITF world ranking system will be another metric that college coaches will use in their assessment of potential players. We know that the USTA has endorsed this new initiative, and although it might require a certain time to be fully implemented, it will provide further insight into players’ junior careers.

College coaches always rely on various evaluations of a player. For example, national rankings are of importance, but there are always questions that emerge based on the system used. So, coaches use all the information which can help them in their decision-making process. Ten years ago, I was involved with Coach Fish from Harvard, and we promoted the UTR ranking system to provide alternative competitive evaluation. The UTR became one of the most relied-on tools, and it has been a great asset for developing the game and introducing the competitive aspect of the game.

In fact, during the recent Covid-related USTA policies on restricting tournaments, the UTR, due to the private nature of the organization, and by following strict protocols, was able to offer competitions for many, including current college players. The UTR filled an important void.

OC: What should prospective Canadian players, looking for a US scholarship, be aware of as a result of the pandemic?

BP: There are many factors to consider. The situation for minor sports at American schools has been greatly impacted due to the disturbance created in the last two years. In fact, many schools have canceled their tennis programs, or cut back the number of available scholarships. In total, only 25 of the approximately 1,100 schools across 102 conferences in the NCAA made money on college sports last year. That’s because the cost of running an entire athletics department, which can feature as many as 40 sports, almost always exceeds the revenue generated by the marquee attractions of football and basketball. Tennis has been a casualty; even some of the top schools in major conferences have dropped their tennis programs, so the number of available scholarships has been reduced. Many coaches and related team support staff have taken pay cuts to keep their programs afloat.

Second, competition itself in the sport has been limited, and as such, reliable recent competitive information has not been available for recruiting coaches. Third, the restrictions on international travel have limited opportunities for coaches to travel to foreign countries. Finally, one of the realities of the missed tennis season is that it has afforded students an extra year to finish their studies, add a major, or start a graduate program. Other athletes simply took a year off to compete in events where they could play. These athletes are coming back to school to compete in their fifth year. The scholarships that coaches could use for new players are now accounted for by these returning players.

OC: Given the above, what should Canadian kids do to improve their chances of achieving their goal of a US tennis scholarship?

BP: The key is for everyone to understand that this is a difficult period which will not last. The future is bright, it just might be more difficult in the short term. I would recommend for all players to stay in good health and good physical shape. As soon as they can get on the courts, they should look into participating in all competitive opportunities, such as the UTR events. The most important aspect of a student-athlete’s career is his or her education. They should ensure that they are ready for the schools that can provide them that education. Finally, as many current NCAA players have done, some Canadian students could extend their time before matriculation to access the level of performances which will improve their opportunities.

OC: Lastly Billy, what do you look for in a player besides performance?

BP: I call it the X factor. It is a multitude of qualities that ensures the player’s success in a specific program. The willingness to work, embracing the competitiveness of the sport, players who weather adversity and see the opportunity for growth and finally PASSION, simply a love of the game.

OC: Thank you Billy for this insightful look into NCAA tennis.