Are you planning your next ITF tour for your athletes?

Well, you’re probably not. Covid-19 has made a devastating impact on our way of life, especially if traveling was an essential part. Covid-19 will affect our players, their goals, and our strategy to keep them Internationally competitive.

In our opinion, the situation is in dire straits. The travel cost will be 40 to 60 percent higher. The Canadian currency is at $1.36 to $1.00 US. The required quarantine until things change is making it near impossible to go to tournaments. The economic situation will make it challenging to find sponsored events with no one watching. This turn of events will make a significant impact on every level. 99% of Canadian student-athletes involved in competitive tennis will seek U.S. college opportunities. Therefore, the college level will also get stronger as many will decide to go to college instead of taking the chance at a smaller pro tour. 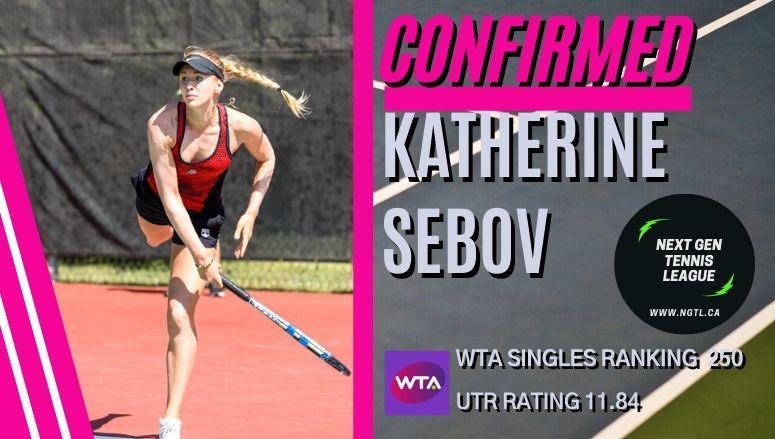 As for the benefits of UTR competition – if Canadians are not traveling, the NCAA coaches are not traveling either. All of the junior ranking systems are perceived as unreliable, so what do we have to show to the NCAA coaches that we are worthy of a tennis scholarship? The only answer is your UTR rating. The rating shows your level of competitiveness vs other players. You can’t improve it by going to play weak tournaments, or play many tournaments, you can only improve it by being competitive vs other players mostly the same level and higher than you. In short, you have to improve your competitive results on a consistent basis. Basically, Roger Federer is 16.2 and if you can’t compete and perform vs players that are in that neighborhood you have no chance to raise your UTR to his level. Unlike a ranking that could be manipulated by playing more or choosing weaker tournaments that are expensive to travel to, the UTR rating can’t be manipulated and gives an honest figure of what your competitive level of play is. No wonder this has become the tool of choice for the NCAA recruiting process. 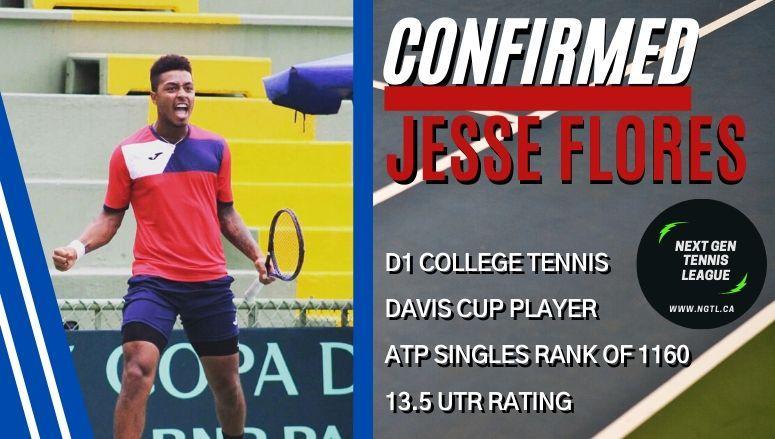 Fortunately, all sanctioned Canadian tournaments are reported to the UTR platform. Therefore, every time you play an event, you are mostly reported to the UTR platform. As an active competitor in normal circumstances, you should plan to play about 100 competitive matches per year. If you are planning your tournament schedule to play approximately 100 matches locally and you are at the top of your age group you are likely to play the same easy matches at the beginning of the tournament and play the same challenging matches at the end of the tournament. The number of matches that are significant (that could help your UTR) is 1 or 2 per tournament played. If you are at the bottom of the scale you will have some significant matches, but often no significant matches at all. The best scenario playing local tournaments is that you play 100 tournament matches but will have less than 50 significant matches against the same people over and over. The popular solution is to play the ITF junior circuit. There you can play many tournaments and start where it is really expensive to travel to which in turn makes the playing field is weaker and allows you to work your way up the ladder. The advantage of this vs the local competition is that the players are not familiar with the players they play and it favors upsets allowing you to up your ranking and UTR rating. The cost involved with this approach is about $5,000 per 2 tournaments, so if your plan involved 10 + trips you are in for $50K to $75K with traveling expenses alone, all this is pre-COVID-19. Most normal middle-class people cannot do enough to make it work. If you are a chosen one and you can show consistent performances, Tennis Canada could fork up the tab at the condition that they have the budget and that you are complying with their ways and demands and that their coaches believe in you. 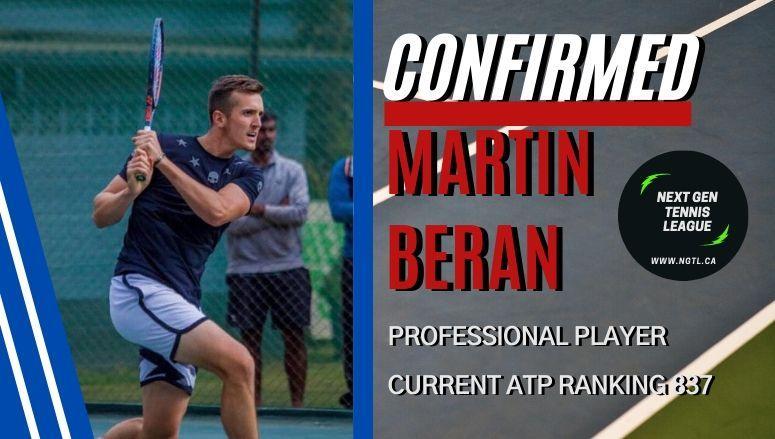 So what are we left with? As I mentioned early in this article UTR optimization is the answer. In order to optimize a UTR an athlete needs to play more significant matches, yes you need your wins, you need your losses to be close with better UTR players and sometimes make an upset. Ideally, you would have to play most of your matches that would be in those categories. This is the goal of Next Gen Tennis League for the juniors. The league was designed to provide the juniors an economical way to play more significant matches that could affect their UTR. Now obviously you have to perform and improve but you will never be stuck in playing the same players over and over that provides you almost no chances of moving up. The top juniors by playing former college players, pro players, and competitive adults will have a platform to improve.

This is a great format for the juniors that are looking to go to college but what if I want to go pro? The Next Gen Tennis League provides the opportunity for the top players to play for money as well as improving their UTR rating which will give them a good indicator if they are ready to take a crack at the pro tour.

We, the founders of the Next Gen Tennis League (Mike Hall from ACE Tennis and Yves Boulais of ORC), discussed the concerns that we had looking into the future of our sport and athletes. How will we maintain high motivation? How will we find people to invest in the kid’s tennis? We needed to come up with an answer quickly; otherwise, the high-performance tennis development in Canada will be demoralized. Without looking at all the restraints and politics of a governing body, we started to think about how it could work if we start from scratch. 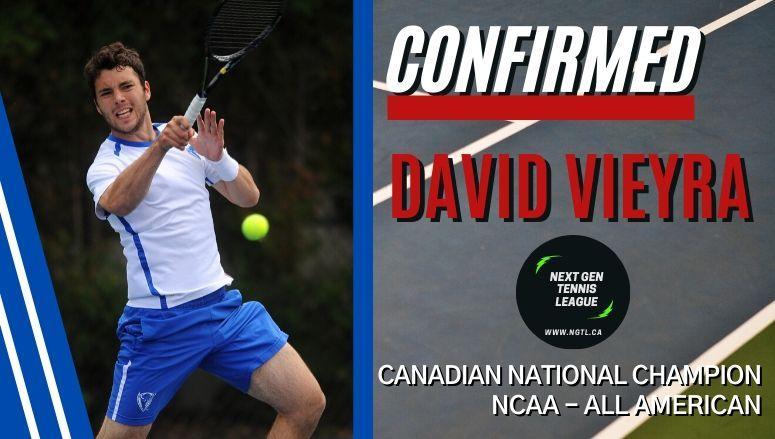 Canadian tennis has nothing to offer athletes who have graduated from college. Traditionally, they will quit the sport. However, by doing so, this deprives the upcoming generation of higher levels of competition. As coaches, we find that the only solution to this issue is to send kids to international tournaments, which comes at a high price financially. Players attempting to make a living on the pro tour now face the dilemma of higher travel costs and fewer tournaments. As we know, juniors require a format of high-level, accessible competition that allows them the best opportunity at gaining access to a U.S. scholarship.

Children, when given a choice, prefer to play team events – by a wide margin. It is more engaging, learning occurs naturally, and the pressure is not always on you. College coaches want team players, players that can get along with their teammates, and players that will put the team’s needs ahead of their own. A player cannot learn the required skills for college tennis by playing pro-format tournaments. Another significant aspect is how much time these pro-format tournaments take away from the parents of these athletes. Every time there is a tournament, the whole family becomes hijacked for the entire weekend. Wouldn’t it be better to have a known, specific time to play every week, so that the family lives don’t have to revolve around the tournament? 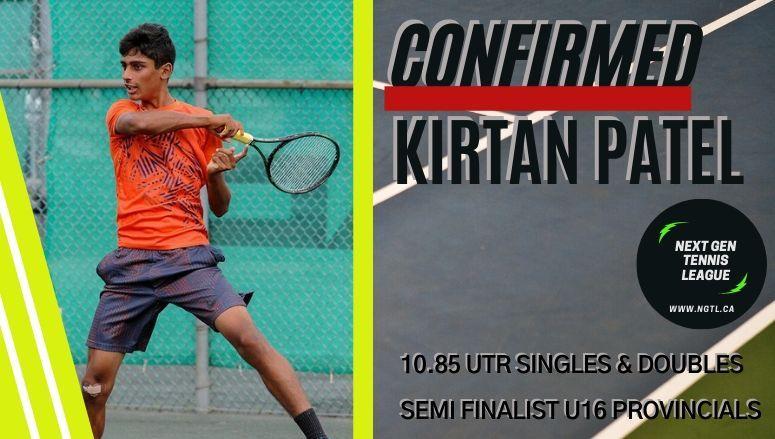 A co-ed tennis league based off of the UTR (Universal Tennis Rating) model is an opportunity to combat these issues in tennis. In order for tennis to survive, it has to be grown locally. Furthermore, these local events become much more attractive in the eyes of sponsors due to the fact that they are local, as well as accessible. These sponsors and their players can build a relationship, which makes watching the matches in person more meaningful to everybody involved.

Next-gen Tennis League is a new tennis league in Canada. Our league is unique and serves a great purpose to the competitive tennis community. This co-ed league is based on the UTR (Universal Tennis Rating), which allows players to compete in competitive matches and improve their rating. This concept provides an opportunity for former college players and pros to stay involved in the competitive scene as well as allowing aspiring juniors and current pro players the opportunity to compete close to home. Most importantly, it gives our developing juniors with a pathway to maximize their UTR rating. By doing this, they can maximize their potential to pursue U.S. College opportunities without the traveling expenses involved in pursuing a high ITF ranking. More information can be obtained at www.ngtl.ca or by email mikehall@ngtl.ca or yboulais@ngtl.ca