75k tournament, Ketchup, and a Couple of Interviews 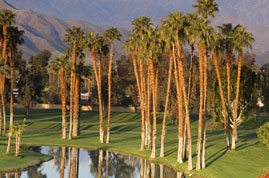 7am: Pierre and I load into the car to drive to Buffalo, where upon arriving, we will take two flights to Pittsburgh.

3:30pm: Pierre and I are laughing at ourselves while catching a ride to the club because it turns out Pittsburgh is only a 4 and half hour drive away but neither one of us thought to check! So a short distance but a long trip later: we hit the courts for an hour long hit. I play with an upcoming junior who trains at the Bollettieri Academy and an hour is all I can handle today. Feeling beat and a little under the weather, we head to the hotel to pleasantly find flat screen TV’s, comfy beds, and WIRELESS. Haha, a must-have for anyone, especially me. So what is the answer to the equation: “outstanding rooms” + “exhausted travelers” = Room Service, Of Course!!! And also, a short blog entry for today. Qualifying begins tomorrow, and I plan on being ready…Check back for an update!

Last night, I found out I play my first qualifying match against the girl I practiced with! Oh well, those things are bound to happen on the Tour. I beat Danielle Mills, 6-2, 6-1. Pierre rarely travels on the road with me, so it’s an adjustment for both of us. I have gotten so accustomed to being by myself, practicing and playing matches, that is still a bit of a shock to look up in the stands and see him there! It has only been a couple of days and already I feel we have covered so much ground about my tennis, mostly the mental side. At this stage, I can play great tennis but only when I allow myself to. Pierre helps me try to release that demure but dangerous tennis warrior. It’s nice to be able to move pass fighting with your coach and work together, after all, you are on the same team striving for the same goal! Tomorrow, I play Mary Gambale, a tenacious “all-day long” mentality type of player. I can’t wait because every match is another opportunity to release that warrior within. I’ll update you all tomorrow!

PS. Today, I was disappointed with the news that although Pittsburgh is where the Heinz Factory exists, it is not where they make their ketchup. Being a hardcore ketchup fan, I was excited to go check out the process of squishing and smashing tomatoes to make everybody’s favourite red dip. Guess I’ll have to settle on just hitting the “57” on the side of the bottle this week.

Whaasssup everyone! Today was a bitter sweet day, with a win from my singles and a loss in my doubles. I won my singles match by the score of 6-3, 6-2. Today’s match objective was to do everything in function of getting ready for my 3rd and final qualifying match. This match was great practice for my patience, as my opponent made maybe 3 unforced errors the whole match. I had to really pay attention during the whole match not to let my focus slip. Pierre has me thinking about gears and when to change them during the match. Before the gear changing was brought to my attention, I only played in one gear! No matter what the score, no matter what the situation…Not the smartest, I know. But this match, I played the whole 2nd set without having to up a gear! What a great feeling to beat someone without showing all your “cards”, so to speak. Tomorrow, I have a tough match ahead of me against an older Croatian girl who played great college tennis. She has the experience and the smarts, so it should be an interesting game of cat and mouse. My partner, Alexa Glatch and I lost our doubles qualifying match in a heartbreaking 3 setter. It is only our 4th tournament playing together and we are improving rapidly. It feels great to play with somebody who you can connect with. I’m excited because we have a lot of potential to become a lethal doubles team. And on top of all that, we have a lot of fun on the court. Topping it all off was a dinner with Pierre, Stephanie Dubois and Simon Larose. While we sat at Hoolihan’s, I interviewed Simon for a piece I named “Inside the Mind of Simon Larose”, which will be published on the site. Simon is a Canadian Tennis Idol and the interview is hilarious, just like him! Check it out…

Today I lost my match against Jelena Pandzic 6-3, 6-1. But no Kleenexes here, for it was a good match. Even though the score was easy, it does not always depict the match, as was the case here. I am really moving forward as a player and this is exactly what is important now. Even though losing was frustrating, doing the wrong things is even more so. The results will come if I stay on the right path and keep on keeping on. Today was a good match because I made almost all of the right moves, at the right times: whether it meant coming to the net, serve and volleying, calming down, turning up the intensity etc. The X Factor is learning to execute every single time and that is a work in progress. Pierre and I both saw eye-to-eye about the improvements that have been made and still need to be worked on. Overall, it was a positive tournament and a step forward in my quest. Credit must be given to my opponent who started out the year with no ranking and is quickly making her way up the ladder. With an outstanding match record 40-7, this girl is experienced and sure of herself: a player who deserves everyone’s respect. To follow yesterday’s interview with Simon, Pierre and I thought we could get Simon to interview Stephanie Dubois tonight. Over onion ring volcanoes and simmering Filet Mignon Japanese style, Simon fired away. Although Steph was hesitant and shy at first, a little nudge from her friends got her to loosen up. Just a little encouragement is all she needed. Check the interview out posted on the website. From here on end is $50, 000 Palm Springs, not a bad place to be…I’m looking forward to writing to you from there, check in with me!