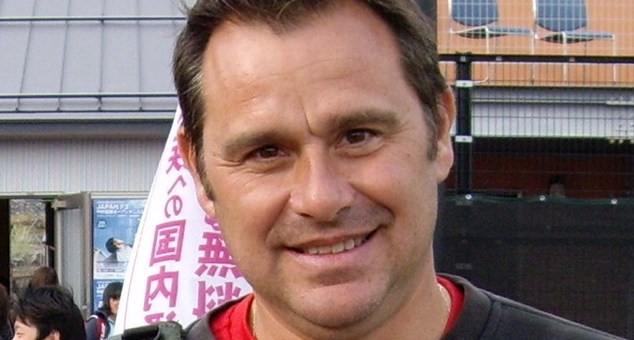 Christophe Lambert has been hired as the new Head Coach for the Toronto National Junior Training Program. Lambert is a former junior and professional coach from France, having served as the head coach at one of Marseille’s top competition level tennis clubs and for the French Tennis Federation’s U14 program, and has been working in the Canadian tennis system since 2009. The training program, which is run out of the Rexall Centre, has been in place since 2009 and serves as a passageway for promising juniors into the full-time National Training Centre (NTC) in Montreal. Lambert will transition from his current position as director of high performance club and talent development with Tennis Canada.

1. Rafael Nadal will win his 9th French Open and improve his record to 66-1 at Roland Garros. His only loss came in 2009 to Robin Soderling in the 4th round.
2. Roger Federer will NOT get to the Final of any Grand Slam in 2014. In fact, he will only make it to ONE semi-final in his final year on the ATP tour.
3. Serena Williams will NOT win all four major championships. But she will put a stranglehold on the #1 ranking. Serena will lose some matches but show the world she’s well on her way to the top of the all-time Grand Slam Mountain.
4. Milos Raonic will NOT end the year in the top 8 of the ATP rankings. He will hover in the 10-14 spot for at least one more season.
5. Raonic will, however, make it to his first ever Grand Slam quarter final and lose in four sets to one of the big guns ranked inside the top 5. With movement still a major issue, Milos will struggle to beat a top-5 player in a best-of-five format on an outdoor court.