Stuart Fraser: “King(s) of the Court: Just how similar are the Bryan twins? The world No 1 doubles team talks basketball, music and pizza”

King(s) of the Court: Just how similar are the Bryan twins? The world No 1 doubles team talks basketball, music and pizza.

Bob and Mike Bryan are the most successful men’s doubles pairing of all time, having won 15 Grand Slam titles together, 92 ATP World Tour titles and the gold medal at the 2012 London Olympics.
As the Bryans attempt to become the first ever team in the Open Era to win the Calendar Grand Slam – all four majors in the same year – Sportsmail caught up with the Americans ahead of their US Open quarter-final against Britain’s Colin Fleming and Jonathan Marray to find out about life both on and off the court.
Both were interviewed separately as we aim to discover just how similar the 35-year-old identical twins are.

The Bear: Hey Wayne, can I get your permission to put a link on our ONcourt for this article. I think it’s great and nice that Mike mentions Daniel and I could include your comment about our Davis Cup.

Wayne Bryan: You bet, Pierre, and happy to have you use any or all of this stuff. Again, congrats to you and your great DC Team. Don’t think I’ve ever seen Danny smile any broader than when he came back to win that DC match two weeks ago . . . Great guy and truly one of the all-time doubles greats . . .

Wayne Bryan: Best and thanks for all you do for the players and for tennis

What is the best match you have ever played?

Bob: We played pretty lights out in the 2005 US Open final. We had lost three Grand Slam finals in a row, we were going through that anti-slam [phase] and we played the final against our big rivals Jonas Bjorkman and Max Mirnyi and won 6-1, 6-4 in under an hour.

Mike: My favourite match is the Olympic final last year. I thought that was one of our greatest achievements winning the gold there at Wimbledon and it really took pressure off us. We really wanted to win there.

What is the worst?

Bob: I think the worst one was played in Miami in 2010. We lost to the Polish guys [Mariusz Fyrstenberg and Marcin Matkowski] 6-2, 6-2 and it was just horrendous.

Mike: Davis Cup losses never feel good. This year we lost a heartbreaking match, 15-13 in the fifth set to Serbia which was kind of the swing point. We felt like we let our team down so that one is fresh in my mind right now.

If you could team up in doubles with any player from history, who would it be and why?

Bob: I would probably team up with Andre Agassi. He’s our idol and could really tear up the return so that would be fun to play with him.

Mike: I’d have to grab a leftie. Maybe I’ll play with John McEnroe. Definitely be a lot more pressure playing with him because if I didn’t play perfect, maybe he would let me hear about it. Maybe also Daniel Nestor, he is one of the great leftie players, and Mark Woodforde… split the Woodies up. 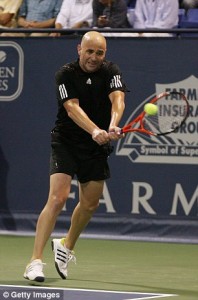 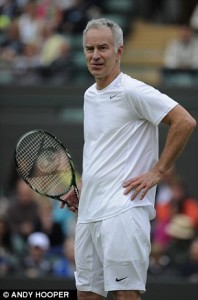 Who are your best friends in the locker room and what do you get up to with them as you travel the world?

Bob: All the American guys: John Isner’s a great dude, James Blake, who is retiring, and Sam Querrey.

Mike: Best friends are probably the American guys: John Isner, James Blake, Sam Querrey, Mardy Fish. We hang out with them, play some cards, go out to dinner and just shoot the breeze. Nothing too exciting on the road.

Dailymail Original Full Article can be found by clicking here.