The Bear, Davis Cup #2 “Troicki suspension could be big break”

We are living an important moment in Canadian tennis as Canada gets ready to play Serbia in Belgrade in the Davis Cup semi-finals. I have decided to live that experience first hand by being one of the Canadian fans in the 15,000 capacity arena. This moment is so gigantic that I have decided to write a series of articles that will highlight the teams, the players and the whole event. I hope to provide some insight which make it possible for all Canadian fans to enjoy this historic moment.

Vicktor Troicki, Serbia’s ATP # 56 has just been suspended by the ITF for 18 months for failing to provide a blood test
http://tennis.si.com/2013/07/26/viktor-troicki-itf-suspension-appeal-doping/

Of course as happens in most of these cases there is unanswered questions
http://espn.go.com/blog/peter-bodo/post/_/id/396/was-the-victor-troicki-suspension-fair

Whether he is guilty or not as he claims
http://www.atpworldtour.com/News/Tennis/2013/07/30/Troicki-Appeals.aspx

the fact is that Troicki will not be available to Serbia for the September 13-15 tie. Troicki played #2 singles in both 2013 ties against Belgium and the USA, winning against Belgium in five sets and losing to Sam Querry 6-4 in the fifth set in Boise, Idaho. He also won the deciding doubles with Nenad Zimonjic [Nestor’s old patner] against Belgium. To say that Troicki is an important piece of the Serbian team is an understatement. He is a World Group player capable of winning in singles and doubles.

Janko Tipsarevic, ATP #19 has free fallen from last years career high #8 ranking. He has won less than 50% of his matches in 2013 and he is 4 wins against 7 losses on red clay, the surface for the tie. What that means is that the potential #2 Serbian player who is 29 is not having a great year especially on clay. Tipsarevic has not played for Serbia this year due to injuries so his confidence factor certainly must be at a low. If ever Tipsarevic cannot play the next Serbian players are Dusan Lajovic ATP #127 and Boris Pashanski ATP #195, much better alternatives for Canada.

Troickis loss will also be felt in the doubles. He has been a dependable partner to Zimonjic. Of course Tipsarevic is dependable, but three matches three out of five might be too much for the 29 year old. Ilija Bozoljac who partnered Zimonjic to victory against the #1 team, the Bryan brothers in their encounter with the US, is ATP #365 in doubles. The 6’4” right hander who lives in Belgrade is more adept on the fast surfaces.
What does the Troicki suspension mean to captain Bogdan Obradovic’s Serbian team?

Yes, this does not make Canada favorite against the 2010 Davis Cup Champions, but it puts more pressure on Serbia which certainly must be sweet news for Canadian Captain Marty Laurendeau and his team.

Anything is possible if you see it. 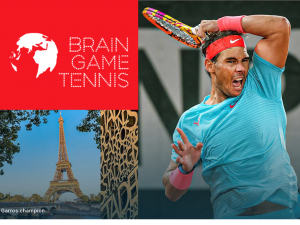 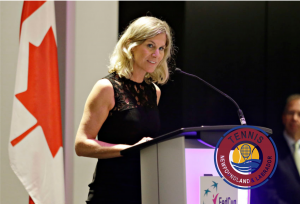