The “first ever” U12 Ontario Team Tennis Junior Championships April 27-28 hosted by ACE Tennis at the Cedar Springs Health Racquet & Sportsclub in Burlington was a tremendous success! The event which came on the heels of the U10 team competition, held the weekend before at the same venue, saw 16 teams from across Ontario “playing their hearts out”, vying for the title.

As was the case the previous weekend with the U10 teams, the compass format was used to ensure that the players received multiple chances to play singles and doubles (each player played eight matches over the two day period) and tournament director Kyrylo Tabunshchyk did a wonderful job in completing 192 matches over the weekend! 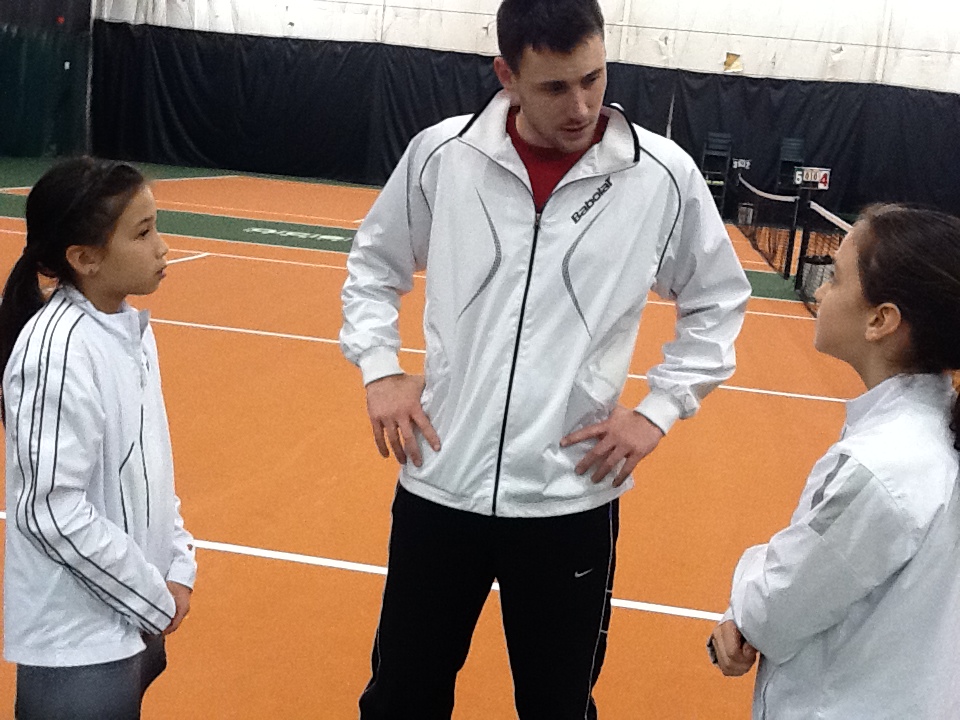 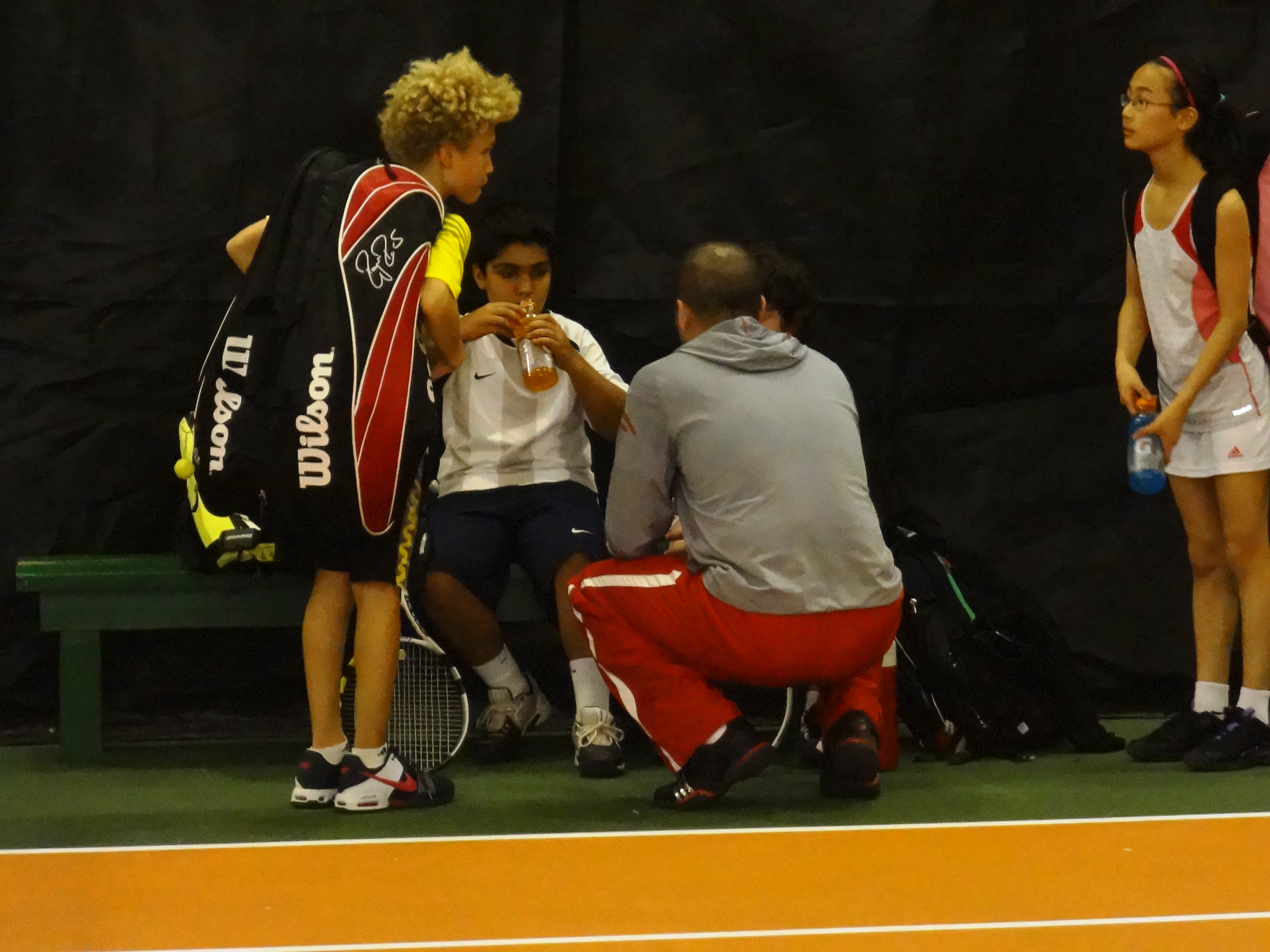 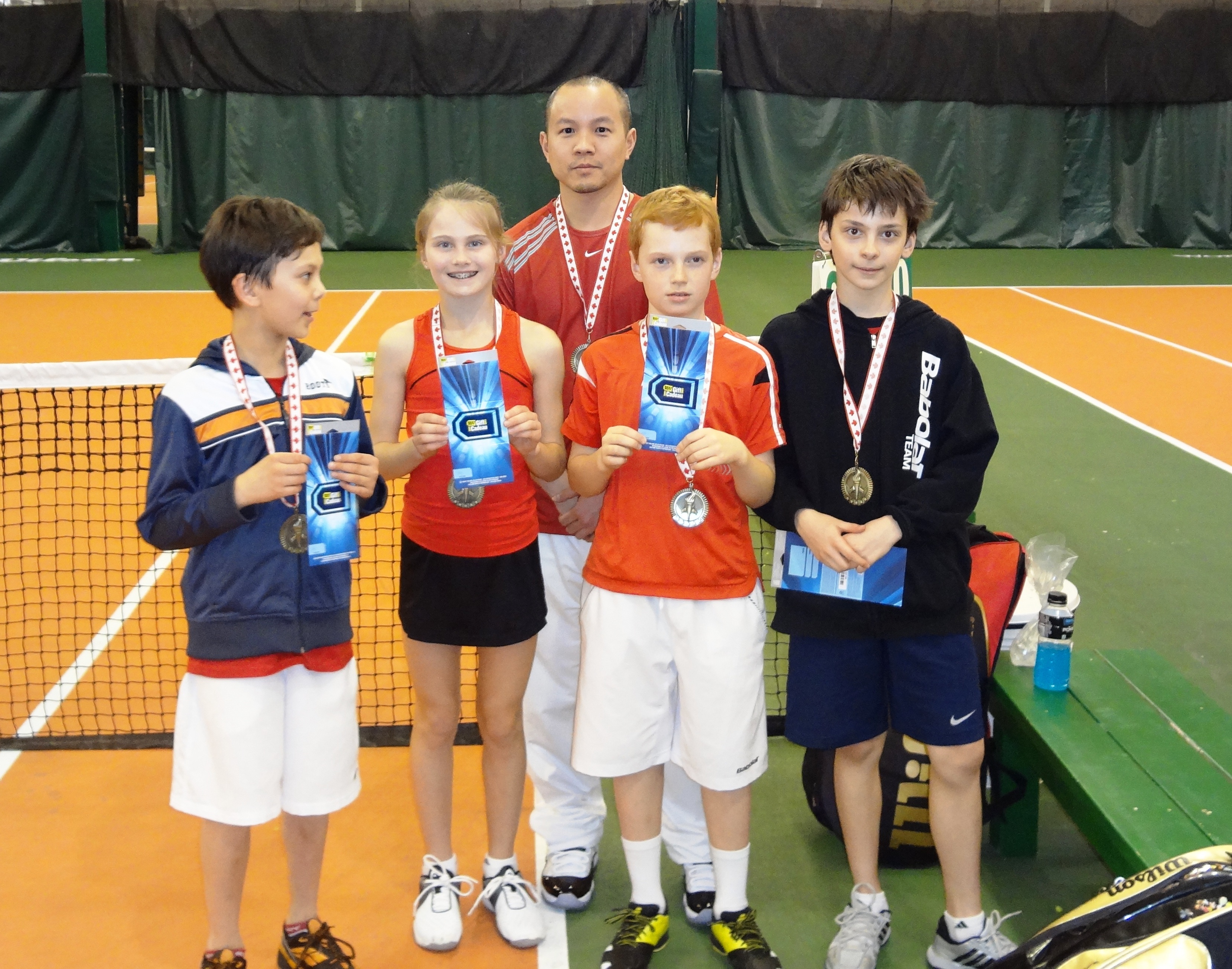 The teams were as follows:

Thank you to all the teams!

Coaches vehemently expressed their approval and joy at being able to be on court coaching their players, and it was an education for them as well in improving their understanding of how their players are able to process information and instructions on court. Parents once again were vociferously cheering on their kids and their teammates, and interestingly many commented that they felt more relaxed with this format, as the on-court coaching took a lot of the ” pressure” off of normally having to closely monitor their child’s every move during their matches.

There are numerous requests from coaches, players and parents for more team competitions like this, in the older groups as well, like U14. We have asked coaches to send their comments and recommendations, with a view to making an assessment with the OTA of the initiative and devising a plan going forward.

I just wanted to thank you for doing such a great job hosting and organizing the U12 Team event this past weekend. My team and their parents really enjoyed the event and we all hope there will be future events like this one in the future. The kids really had a fun time and you could see the interaction between them growing as the days went on. Having the coaches on the court is so valuable as it clearly made a difference in my team’s matches and I’m sure it did for the other teams as well. I saw a drastic change and positive turn of events in quite a few of our matches after I had given my players a counteractive strategy to implement but not before first asking them what their own evaluation of the situation was. The other major benefit was being able to calm the players down during times of duress and get them refocused in the match as a couple of my players are volatile to emotional outbursts.

This weekend should be a more common occurrence! I have always felt technique is an important aspect in development but unless you’re on traveling teams or a selected player we can lose some athletes through the cracks without enough training on how to persevere in competition. Canada lacks constant match play in general in my humble opinion. There are a lot of different techniques out there but coming to play a tournament and learning to compete under pressure is just as an important process.

I really enjoyed the experience of being on court with the kids and getting into their heads. I learned a lot about what they were thinking and feeling and was able to help them to begin to change. The goal is to get them to learn to do it on their own when a coach isn’t on the court with them. This was an extremely valuable experience which I feel will have long term ramifications on their development.