***In this day and age of everyone looking for the perfect way to develop players, it is refreshing to see someone who does it his way and keeps on producing results. Valeri Iagolnik has been doing this in Toronto for years. The ongoing success of his players is a reflection of the passion that he brings to his work. What we need in Canada is more Valeri Iagolniks. Congratulations to a great school and their kids.*** 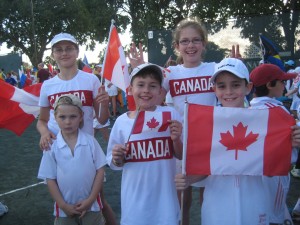 The players of Valan Tennis Academy recently returned from Florida, where they participated in the “Little Mo International-2012” – the prestigious tennis tournament for kids ages 8 to 12. The tournament welcomed 250 participants from 35 countries of the world. Canada was represented by 23 players from different provinces.”VALAN” Tennis Academy had eight players participating. They earned six first, five second and one fourth places. That result was earned with the help of the head coach of the academy, Valeri Iagolnik.

Valeri Iagolnik graduated from the Moscow University of Physical Education and Sports and was awarded the highest level of coaching category, “Grand”. Recently he celebrated the 40-year anniversary of his coaching career. Of eight of his students that participated in the tournament, four of them became champions. These kids came to Valeri a few years ago to learn to play tennis. None of them ever held the racquet in their hands before that. Valeri developed them as players and taught them to fight and to win. 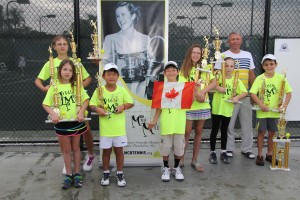 Since the school opened in 2006, Valeri has created many good tennis players for the OTA. A lot of these kids now are the top-10 best players in Ontario.

“Little Mo International” is one of the biggest tournaments for the kids age 8-12. Every child wanted to win and become a champion. There was a group of kids from the famous Bolletteri Academy from Florida that developed one of the best players in the world: Maria Sharapova. These kids train for hours a day and also had hopes to bring home the big prize. Two of the Valan players, David Gouberg and Ariana Arsenealt, had a chance to compete against these players and managed to beat both of them. Ariana won with respectable score 6:3, 6:0. 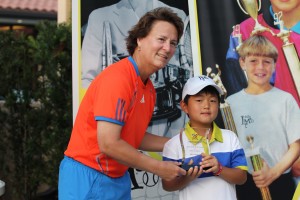 “Little Mo” welcomed a famous guest, Anne Smith, who is a ten time Grand Slam champion. Anne Smith talked to kids before the tournament about Mental Toughness, she then held a clinic for all of the participants. She also offered sessions for interested kids to talk to each of them individually about their game. At the end of the tournament Anne Smith chose ten kids that earned, according to her, a Mental Toughness award. Two awards were given to Valan players David Gouberg and Anton Kogay.

The final matches were all very memorable. Dasha Plekhanova was playing against a top player from South African. Even though she easily took the first set 6:1, the nerves took over and she lost the second set. In the third set tiebreaker Dasha was losing 4:7, but she got her second wind and the dream to win helped her to fight to the end and win 11:9. 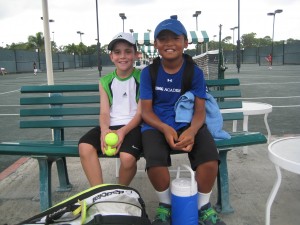 In a final matchs David Gouberg beat a boy from Peru that, according to his coach, trains eight hours a day. From the first points Murill was trying to attack David and find a strategy against him, but a focused David returned each ball with precision that confused Murill. It looked like he played with the wall, the balls just kept coming back. The final score was 6:1, 7:6.

Ariana Arseneault played against the American Maxi Duncan in the finals. The day before, Ariana lost twice to her in the doubles and mix-doubles. Maxi Duncan showed very powerful tennis and the game was promising to be very tough. Maxi Duncan is considered to be a very promising player in USA that already has some sponsors. Ariana raised the level of her game and she managed to show everything she learned during her long hours of practice: strong serves, attacking shots, returns and volleys. Ariana mentally broke Maxi and brought the victory home with the final score of 6:2, 6:1.

These victories are only small steps towards professional tennis. Very hard work is ahead of us for both the coaches and the players so that one day their names will be heard at the Grand Slams. 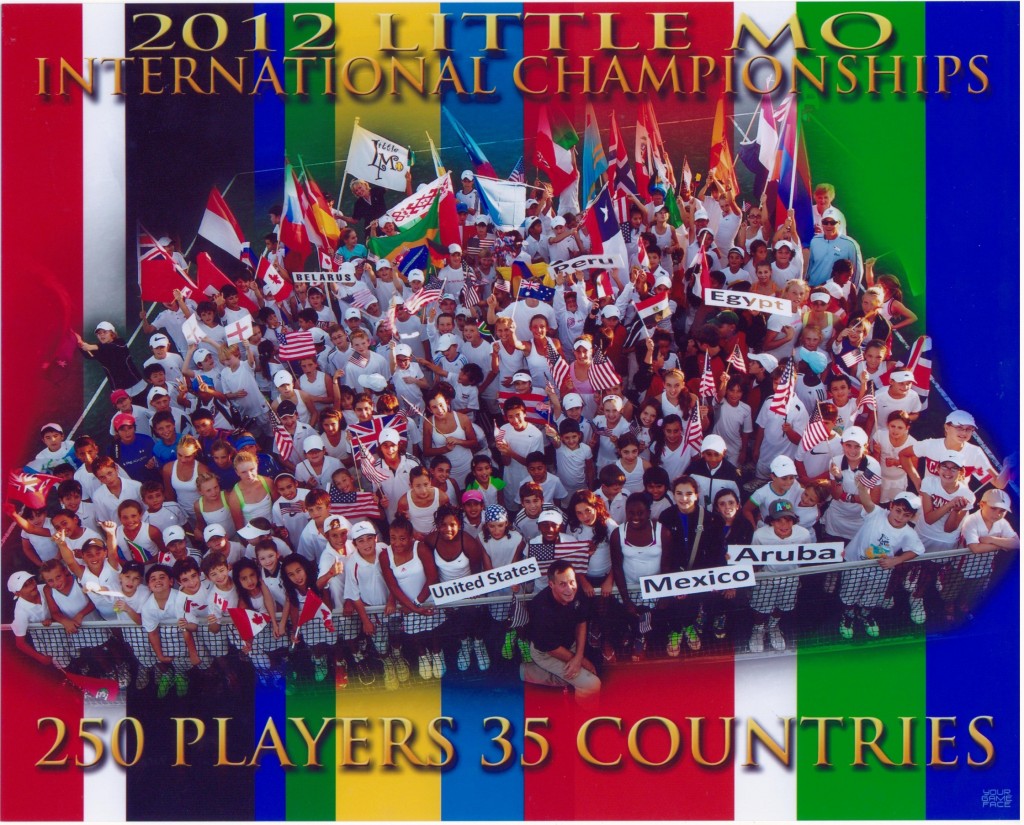