Pierre Lamarche, president of All-Canadian Sports Management Inc., today announced initiatives to address the need for clay court development for juniors in Ontario. “We can only do so much as we are a small organization, but this has been an integral issue with player development in Canada forever. As the owner of a small club in Toronto [Toronto Tennis City], we decided to see if we could offer our facilities to juniors at large to practice and compete on our clay courts.” 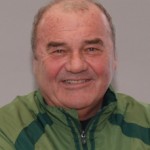 Lamarche went on to say that although there is clay courts in the city, very few are accessible for tournaments. One major event, The Doug Phillpott event for Under 12 and 14 players, is an exception and is hosted by some of the major private clubs in the city. The new concept will offer clay court events for 16 boys and girls on long weekends. This is a time when courts are not accessed by membership on Friday, Saturday and Sunday evenings. Using four courts from 7pm on, you can run a boys and girls event, with semis and finals on the holiday Monday. The first tournament offered will be on Thanksgiving weekend, October 7th through October 10th, and will be called the U18 ACE Tennis Clay Court Series for boys and girls.

The revenue from running these tournaments is minimal, about one third of court time and certainly not held at the ideal times but Lamarche added: “Getting $10 for your courts barely covers the cost of the heat and the lights. Holding the tournament at any other time would be impossible as membership in any club must be serviced first.”

Other initiatives being looked at by ACSM Inc., is the installation of red clay courts at the Toronto Tennis City location in the spring of 2012 as well as offering Saturday and Sunday morning drop in opportunities between 6 and 8am for any registered OTA junior and their parents or coaches.

“This major issue will not be rectified till Tennis Canada develops a strategy where we can see the development of small community/private year round facility with proper red clay in 40 to 60 Canadian communities. Till then, those of us in the private sector with access to clay courts, must make them available for juniors when feasible”. 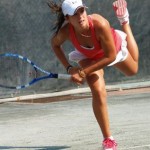 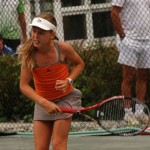 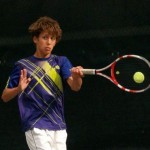 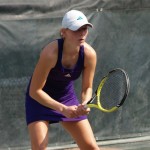 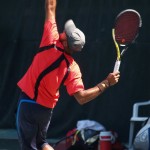